Shakin It
Derby, Derbyshire
01332 368020
View The Full Profile
A Recent Dining In Review 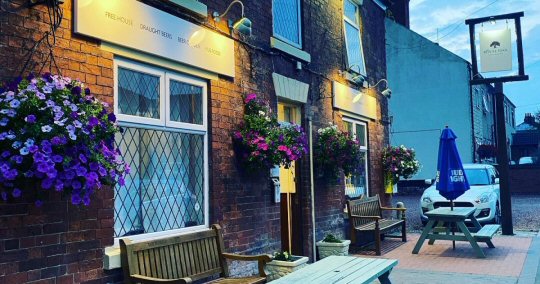 Milkshakes at Shakin It, INTU, Derby

You may remember a while back that we visited Ice creams and Dreams in Bakewell and partook of really nice milkshakes, so it was with much delight that we flew off, along with my Mummy Bird, to the Intu centre at Derby to sample the shake delights from the mixology wizards at Shakin’ It. The counter itself is really bright and zingy which attracts the eye straightaway, and its location (next to M&S on the lower level) has it conveniently placed for footfall as the street outside is mere metres away. 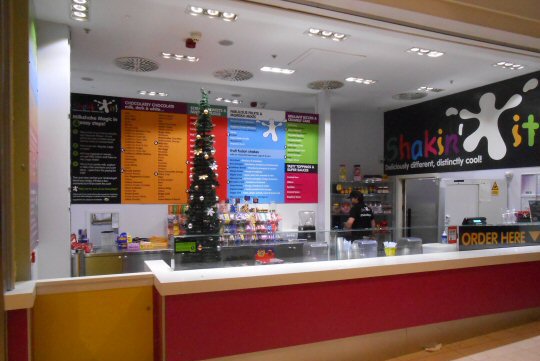 Chickadee had the Galaxy Cookie crumble shake, Mummy Bird had the Ferrero Rocher offering, I had a Starbar shake( get me being all retro!) and His Nibs had Turkish Delight in his shake. Now I’m not quite sure what I was expecting, but it certainly wasn’t a whole Starbar or Turkish Delight bar being put into the blender along with the other ingredients! The look on my Mummy’s face as Ferrero after Ferrero was nonchalantly tossed into the mixer was priceless, as was the utter delight on my Chicks chops too when she saw the amount of chocolate going into her shake :) 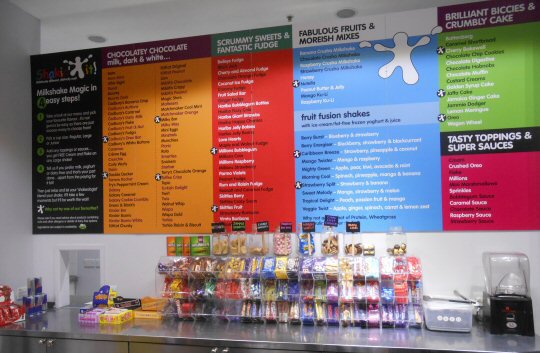 The end results were totally a-ma-zing (channelling my inner Revell-Horwood here :)), and we were soon slurping away with gluttonous glee. It was like a liquid version of your favourite treat which is total bliss in my eyes. Every molecule was permeated with your chosen flavour and, wow,  talk about filling; we were glad that we weren’t having lunch until 12.45. For those of you that actually have a modicum of self-control, they also do fruit fusions that are delicious and healthy too - what’s not to love? 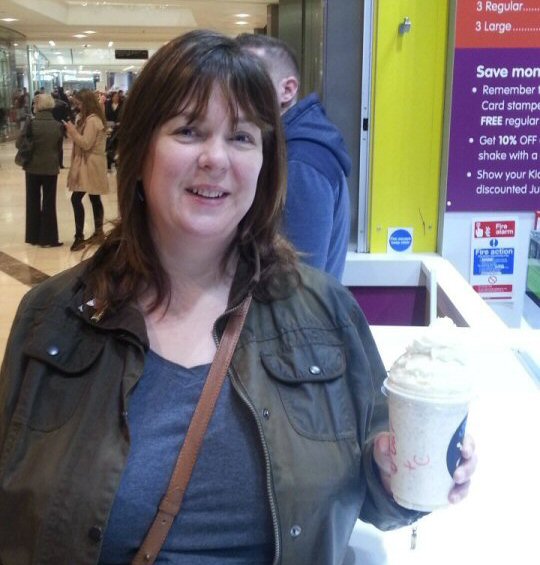 Prices range from £1.99 (junior size) to £3.79 (large size), and our regular shakes were £3.19 each. The service was friendly, efficient and speedy and the product utterly yummy, so it’s a win-win all round. Hot Wings Shakin’ it, you’re slurp-tastic :)