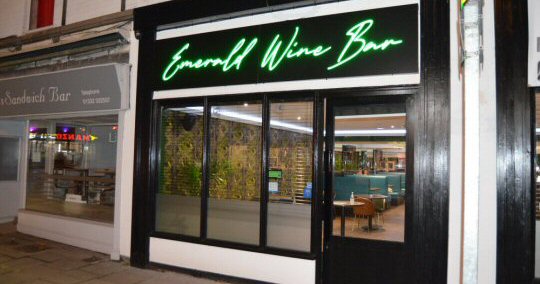 Derbyshire farm shop Croots has struck gold by winning a two star gold award in the annual Great Taste Awards for its home smoked back bacon.

The awards are regarded as the ‘Oscars’ of the fine food industry, and it is the fifth Great Taste Award presented to Croots in the past four years.

Judges described the bacon, which is smoked on the premises at Croots Farm Shop, Duffield, as having “wonderful porkiness. The rind and fat were very tasty as well. Just the right amount of salt. Good meaty texture.”

Farm shop owner Steve Croot said: “We are thrilled to have received another Great Taste Award. The awards are judged by chefs, food writers, retailers and other food experts, and are one of the most highly regarded accolades in the speciality food and drink sector.

“We only started smoking our own bacon at the start of this year, so to have it confirmed that we’re doing it to such a high standard is wonderful for our team at Croots Farm Shop.”

Last year Croots, which is based at Farnah House Farm, Wirksworth Road, scooped two one star gold Great Taste Awards for its traditional pork pie and its lemon oil.  In 2010 one of Croots’ ales, Cow Juice Beer, won a gold star rating in the Great Taste Awards, while the previous year the accolade was given to the farm shop’s Black Pudding Sausage.

This year’s award for the home smoked back bacon is a two star gold award – making it one of the best bacons in the country.

The Great Taste Awards are run by the Guild of Fine Food and received almost 9,000 entries this year. Less than a third received an accolade of one gold star, two gold star or three gold star following the judging process.

“It’s always a fantastic boost for our staff to hear that we’ve won another award, and I’d like to thank them for their role in making Croots Farm Shop an award-winning store,” said Steve Croot.

“This particular bacon, which at £10.49/kg compares very favourably with the £14.20/kg price at Tesco online, is one of many products that we make ourselves at Croots. Since buying the smoker, we’ve developed several new products which seem to be going down well with our customers.”

Croots Farm Shop has won many awards since launching just over four years ago, especially for its home made sausages, pies and meat products. The home smoked back bacon previously received an award during Bacon Connoisseurs’ Week in March.

The farm shop was also recently highly commended in the national Deli of the Year competition.

In 2010 it was a runner-up in the Best UK Independent Food Retailer category of the Observer Food Monthly Awards. The year before, it was named in The Independent’s top 50 best food shops.

Croots opened its doors in June 2008 and has gone from strength to strength. As well as the shop and café, it has a plant nursery and a children’s play area.

It stocks products from around 40 producers within a 50-mile radius of the shop, as well as items from further afield, and employs 21 people.

The store is particularly popular with sausage fans and estimates it has made around 8 million handmade sausages since opening. 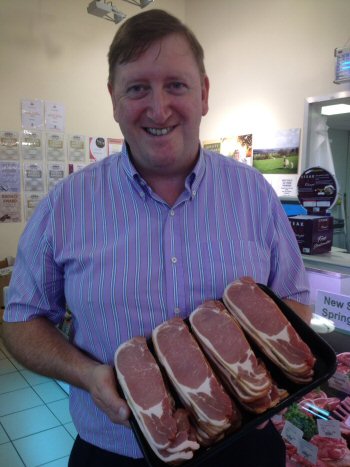