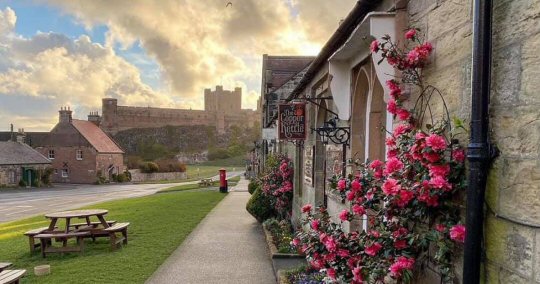 Elevenses At The Copper Kettle In Bamburgh
This Review | All Reviews

Local Derbyshire hotels, The Cavendish at Baslow and The Devonshire Arms at Pilsley, have been recognised for their excellence in the latest announcement of The AA Hospitality Awards. A benchmark for the hospitality industry, the prestigious Awards (now in their 22nd year), were celebrated at The Grosvenor House Hotel in London on Monday evening, presented by BBC presenter, Kate Silverton. 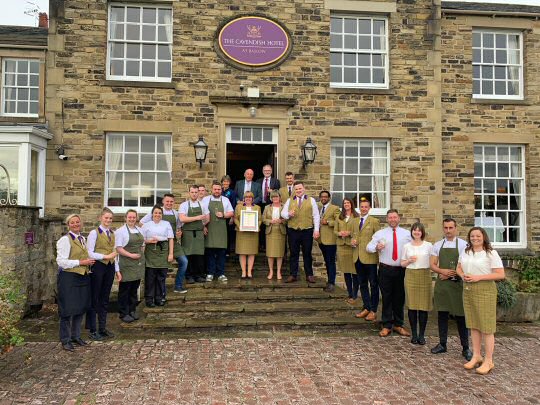 The team at The Cavendish toasting their success, supported by The Duke and Duchess of Devonshire and General Manager of the Hotel, Philip Joseph.

The Cavendish was among just seven hotels in the country to be newly recognised as having four red star status, which officially ranks them among the best of all the four star hotels in the country, having ‘excellent levels of quality throughout, and outstanding levels of hospitality and service’, according to The AA.

In addition, The Devonshire Arms at Pilsley was elevated in status from three to four AA stars, reflecting some recent improvements to their dining, with an enhanced menu offering and investment in staff recruitment and training. This work has been overseen by the inn’s General Manager, Emma Fletcher. 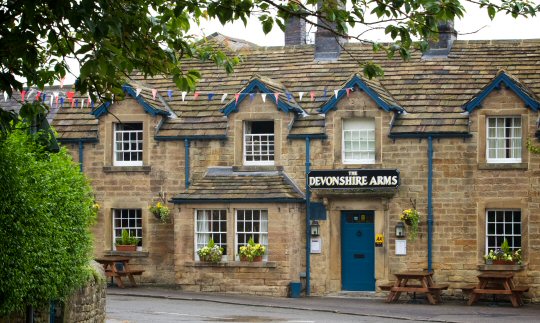 Phillip has recently overseen the renovation of the coach house bedrooms, providing extra guest accommodation and refurbishment of The Gallery restaurant and stylish bar area. Their kitchen table, one of the first of its kind, has been established for over twenty years, inviting diners to have an exclusive behind the scenes view of Head Chef, Adam Harper, who will personalise a five-course gourmand experience for up to four guests. The hotel’s dining options, which include fine dining in The Gallery as well as all-day service in the Garden Room, with Sunday lunch and classical afternoon tea options, has gained popularity with both local and guests visiting the area. 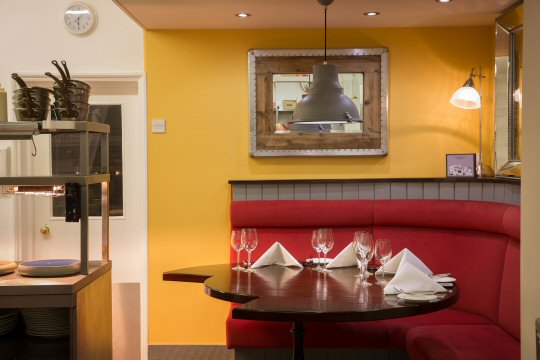 The Kitchen Table at The Cavendish Hotel

Head of Operations for The Devonshire Hotels and Restaurants Group, Phillip Joseph commented:

“We are so pleased to have gained red star status at The Cavendish, our recent developments at the hotel have been so well received by our loyal guests and this is just the icing on the cake. Gaining this recognition will hopefully attract even more visitors to the Peaks, who may have been drawn elsewhere by the quality of other beautiful rural landscapes, especially those accessible from the south. It’s a fabulous accolade to the teams across both properties who have been behind the improvements 100% and have worked so hard to gain this industry recognition.”

“These accolades add momentum to what has been a progressive and successful trading year for the group. With the addition of new bedrooms at The Cavendish, and The Devonshire Arms at Beeley, alongside the refurbishment of some of our self-catering cottages, we’re attracting increased numbers of visitors to the region. We also have some exciting new developments in the pipeline for both our Derbyshire and Yorkshire properties too, which are currently in the initial planning phases. It’s certainly going to be an exciting couple of years ahead, which in turn will benefit both tradespeople and employees in the regions.”