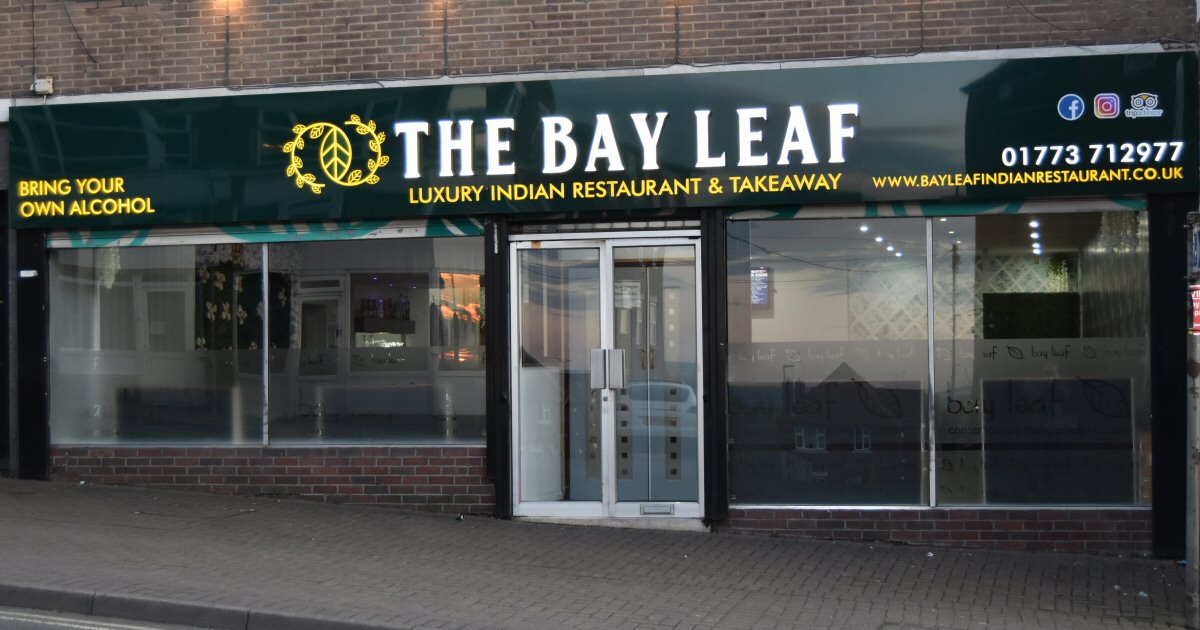 Sampling The Range Of Crisps From Listers Crisps

Crisps are pretty much ingrained in the British psyche, right? They feature at kids parties, in bowls at gatherings and buffets, on bars in pubs...the list goes on and on, but you get the point. Husband and wife team, Tom and Laura Platt, invited me to visit them on their stand at the Fine Food North show and try their crisps, which they first began producing in 2019, so I did just that! A lovelier couple you couldn’t wish to meet; they were so friendly and very, very enthusiastic about their product - no surprise when you learn that they literally grow the potatoes and make the crisps themselves!! At least there’s no quibbling over quality control when everything’s on-site and you’re directly involved. 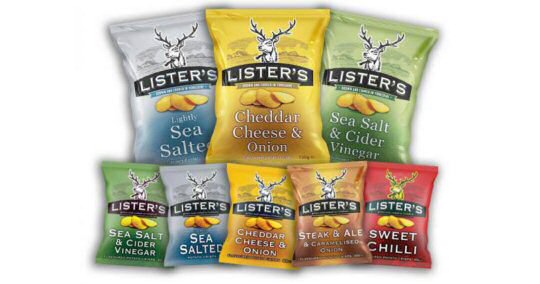 Lister was the surname of Tom’s granddads family and so this is why the brand is called this, something that I personally think is lovely. Currently there is a core of 5 flavours: lightly sea salted, sea salt and cider vinegar, steak, ale and caramelised onion, cheddar cheese and onion and sweet chilli, and Tom and Laura very kindly gifted me a bag of each to take back to the nest and sample. 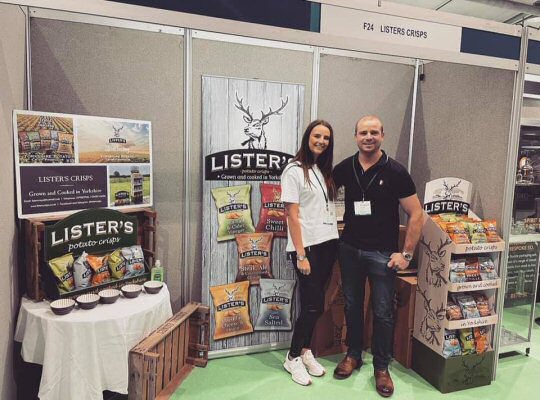 His Nibs’ eyes lit up when he spied the paper bag stuffed full of colourful individual bags of crisps, and with no dignity whatsoever he dived straight in, pulled out the bag of lightly salted ones, ripped it open and began to munch away! I managed to grab a few for myself before they all disappeared and can say that the lightly salted crisps are exactly as stated; they don’t leave you wanting to glug a gallon of water after eating them. Those who crave salt may find them too subtle, and I guess you could always add extra salt if you wanted, but I personally thought they were perfect as is.

The sea salt and cider vinegar ones were equally delicious, with a clear taste of both notes coming through in my mouth. What made these morsels so wonderful, for me, was the fact that the cider vinegar taste was lovely and mellow with a roundedness to it that you don’t get with malt vinegar. This meant that because the vinegar was subtler, the amount of salt could be lessened to get the same effect on the palate.

Like a pestering child, The Man Bird kept asking if we could have the sweet chilli variety next, so I said yes (just to shut him up) although I had originally got my sights on the cheddar cheese and onion ones. His Nibs loved these; personally, I would’ve liked a bit more bite in my mouth – they were ‘more sweet than heat’ on my palate, although that’s not to say that they weren’t yummy – they were. 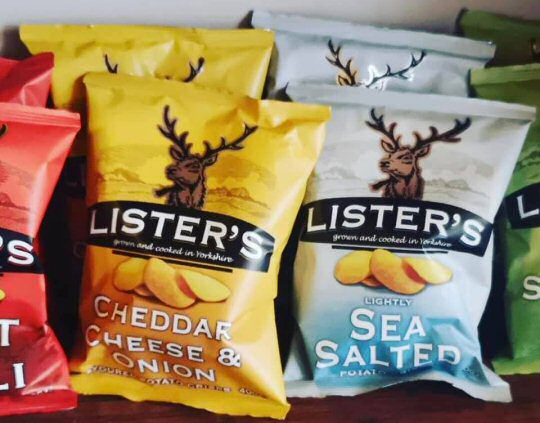 For our next taste test I got my way, and we opened the bag of cheddar cheese and onion crisps. A lovely smell wafted up to my nostrils with the opening of the packet and I couldn’t help but smile as my mouth watered in anticipation! Just as I was hoping, I got a great cheese hit with the first bite and, as a self-confessed cheese-o-holic, I savoured it gratefully. The onion component was nice and gentle; perfect for those who stress over having pongy breath, something that frequently happens with other, mass-produced brands, but not with Lister’s  - #datenightwin.

Last up was the steak, ale and caramelised onion variety of Lister’s crisps, and the saying “last but not least” definitely applies here. Both The Man and I were impressed by the meaty taste that hit us immediately; it was lovely and strong but not so robust that it was obviously ‘fake’, i.e. not actual pieces of steak in the crisp packet! The ale element was subtly tangy on the tongue and was balanced well by the sweeter note of the caramelised onion – this would be on my list if I was having a drink at my local, no mistake!

What makes Lister’s crisps so great is the fact that they’re not at all greasy, and their thickness; they’re not sliced too thickly or too thinly, you just get a fab crunch when you bite into them and a nice ‘chew time’ that satisfies. We both enjoyed them all and picked our own favourites out of the bunch, and if ever I see them when I’m out and about I’ll be picking a bag up pretty pronto!