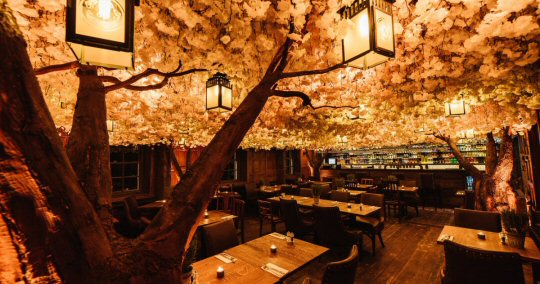 THE INFAMOUS Carroll Brothers fish and chip van will be making a return to Worksop for a limited time only as part of the North Notts FoodFest – which is being held this Saturday (3 July 2021). 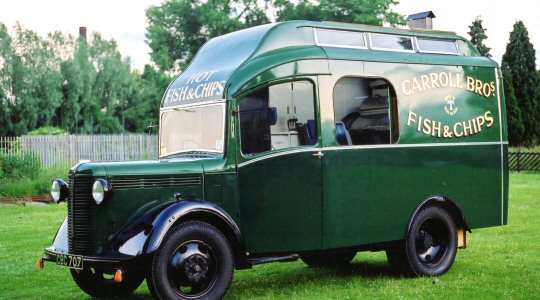 An old favourite among locals, the distinctive green and gold van was a regular sight across Worksop between the 1950s and the 1970s, serving fish and chips to many communities around the town.

The van will be returning to Worksop’s Old Market Square as part of North Notts BID’s annual food festival after being restored and housed in Leicester’s Abbey Pumping Station Museum of Science and Technology.

Suzanne Lewthwaite, who organises the event on behalf of North Notts BID, is the granddaughter of van owner John Carroll.  Suzanne said: “We’re very grateful that Leicester City Council is allowing us to borrow the van for the event. After visiting the museum last year, we thought it would make a great addition to the food festival and help to revitalise part of Worksop’s history.

“So many local people have such happy memories of my grandad’s van making its rounds each week, ringing the bell to let people know he was there. Everyone remembers the smell and sound and, having received such a positive response when I posted an image of the van on social media, we thought it would be fabulous to bring it back to its original home to serve chips once again.”

The van will be located be a stone’s throw away from its original home on Newgate Street and, although it won’t be selling fish, freshly fried chips will be available to purchase on the day - produced using the original coal-fired range.

North Notts FoodFest is a free event, which aims to attract people to the town centre to enjoy a selection of activities - including live demonstrations by celebrity chefs, competitions and entertainment. The festival will also include a mixture of artisan food market stalls so visitors can smell, taste and buy a selection of delicacies from local vendors.

Celebrity chef Jean-Christophe Novelli will be joined by former Masterchef winner Lawrence Henry, butcher Johnny Pusztai and home economist Teresa Bovey, who will be showing visitors how to put together their favourite dishes.

Sally Gillborn, chief executive at North Notts BID, said: “We’re incredibly excited that we’re able to showcase such a treasured part of Worksop’s history during the food festival, and give families something to look forward to this summer. After a difficult year, we’re looking forward to seeing the community come together again and enjoy the offerings of local culinary businesses – both past and present.”

The event will also offer a selection of competitions and fun activities, including the Great North Notts Baker competition – which will revolve around the theme of American independence and be open to both adults and children – and a battle between local butchers to bring their best North Notts sausage.

For a full schedule of demonstration times and a list of stall holders plus entry details for the competitions visit www.northnottsbid.co.uk/category/latest-news/