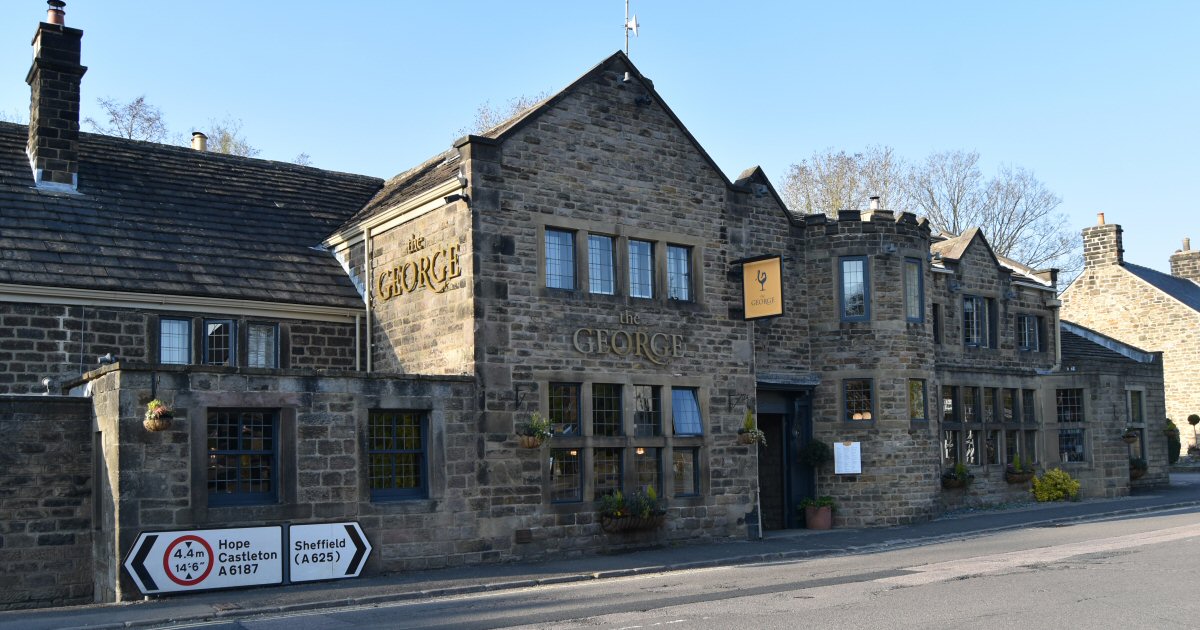 To paraphrase a well known saying “when the chick’s away, the parents will play”. One of our Chickadees friends was having a birthday meal at Cosmos in Derby and so we were (yet again) ditched and feeling a bit glum, so we decided to put a post out on our page asking for suggestions as to where to eat on a budget seeing as the coffers are well and truly empty.

We did try to get in somewhere else but they were booked, but Angela and her team at Lumb Farms Barnwood restaurant stepped in and saved the day. Normally the kitchen is only open in the evenings on Thursday and  Friday but because it’s party season and they were doing food they said we could grab a table in the restaurant and have a meal -  and what a meal !! I just need to tell you this, because I know that you get the significance dear reader; we really could not eat pudding and The Boy Wonder couldn’t finish his main course.

However, what we did in the end was leave a good period of time to let things settle and then went for lighter desserts than normal. Anyhow, back to the beginning.....

Lumb Farm itself is a complete doddle to find as it is opposite the Vauxhall garage in Marehay and it has a lovely sweeping driveway and more than ample parking. As you first go in there is a fantastic,   spacious bar area that is beautifully decorated for the festive season, although I can say that it would look lovely at any time of year.

We could hear the happy chatter of the Christmas parties in the other rooms, and indeed you probably know Lumb Farm primarily as a party and conference venue. The dining room is a lovely long room that has a simple but effective patterned floor and nice chunky, solid wood tables; some have linen cloths on, others are left bare, and the chairs have full backs that make them very comfortable to sit on. 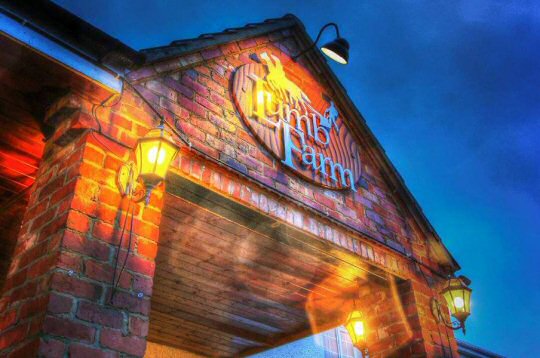 To start, we decided to have the sharing platter for two and I really liked the fact that because it’s priced at £4.95 per person you can order it for as many people that want it in your group. Now, the Man and I have had a fair few platters in our time, but the sheer size of this monster made our eyes bulge. It was a mind boggling array of garlic bread, breaded mushroom slices, bread sticks, cheese twists, spicy onion rings, bacon & cheese and cheese & onion potato skins, chicken goujons and potato wedges served with bbq and sweet chilli dips, sour cream and garlic mayonnaise. Without exception, every single cooked item was piping hot and beautifully done; we enjoyed every morsel.

Actually, this platter would easily suffice as a lighter meal for two people if you fancied popping out for a drink and then wanted something to fill you without having a formal meal. It left us feeling rather fuller than usual, and when our main courses arrived we wondered how on earth we were going to eat all of this deliciousness. 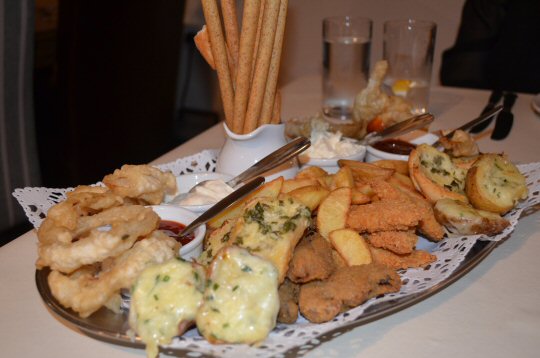 I had gone for the Salmon fillet in a chive and white wine sauce with fresh buttered new potatoes and seasonal vegetables ( I asked for extra veg and no potato), whilst His Nibs had the Hunters Chicken - a whole chicken breast with smoky BBQ sauce and bacon  then topped with Monterey Jack cheese. His main came with homemade chips and garden peas. The size of the Salmon fillet was really impressive and the sauce was lovely too, but my main pleasure was how moist the fish itself was; you know that one of my bug-bears is dry, overcooked fish.

The vegetables were sprouts, broccoli, carrot batons and garden peas and there was enough to easily feed four people. The Man Birds chicken was nice and juicy with a gorgeous BBQ sauce that was indeed smoky and rich rather than sweet and cloying as you can sometimes get. I need to mention the bacon slices that were wrapped around the chicken, their proportions were such that I think it more accurate to describe them as thin gammon slices!

The Boy really did give it his best effort but despite me eating a bacon slice for him he still didn’t manage to quite finish his meal. I can safely say that Angela and her team are “feeders” because you will certainly never be left wanting with their food. Nothing was too much trouble for the staff either, everyone was very polite and smartly dressed and they came over several times to ask if we were enjoying our meals. 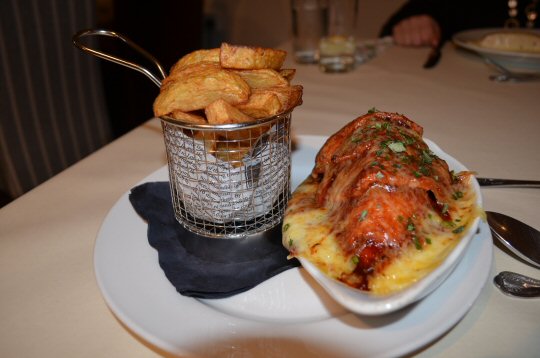 There was another group that came to eat in the dining room with us, who had obviously decided to grab a meal at the last minute and had been generously accommodated by Angela. They too were tucking into their meals with much gusto and were happy with the standard of the fayre.

Eventually we ordered pudding; Cherry Trifle for me, Meringue nest with fresh Strawberries, cream and ice cream for Boyo. The presentation of the trifle was different than usual because the sponge was a round with its middle removed, into which the custard and cream had been placed then the fruit and ice cream on top. I really enjoyed it as I can’t remember the last time I had a trifle for pudding. The Meringue nests were great too, so all-in-all we had a brilliant time at somewhere that we wouldn’t ordinarily have thought of.

My beady little eyes also spotted the Sunday lunch range that is available in the restaurant from noon until 2.30 pm. There is minted or rosemary lamb shank, peppered roast beef, roast pork, chicken fillet, and a couple of different vegetable bakes for vegetarians. What really caught my eye though was the diced beef in rich gravy served in a giant homemade Yorkshire pudding.

Having sampled the food, I could just imagine relishing that big beauty, so that’s where I’m going one Sunday in the New Year :) You never know, if the Tribal Elders behave themselves we might take them too. My Daddy Bird will be bowled over by the straight-forward, no nonsense approach to food that Angela has; great grub, cooked well and plenty of it.

Suffice to say we didn’t fly out of the Barnwood restaurant, we rolled ;). The hot main courses range from £7.50-£8.95, with steaks available at different prices and the desserts were around £4.95, I can’t quite remember the exact price. I can heartily recommend you pay a visit to see Angela and the team - just remember to take your appetite with you! Hot Wings very well deserved for this friendly team, and we look forward to seeing you soon :)