Out For Dinner At The Bear Inn, Alderwasley
This Review | All Reviews

Ecclesall Road has seen a lot of changes over the past 25 years but one thing has definitely remained true - the passion of owner Maurizio Mori. 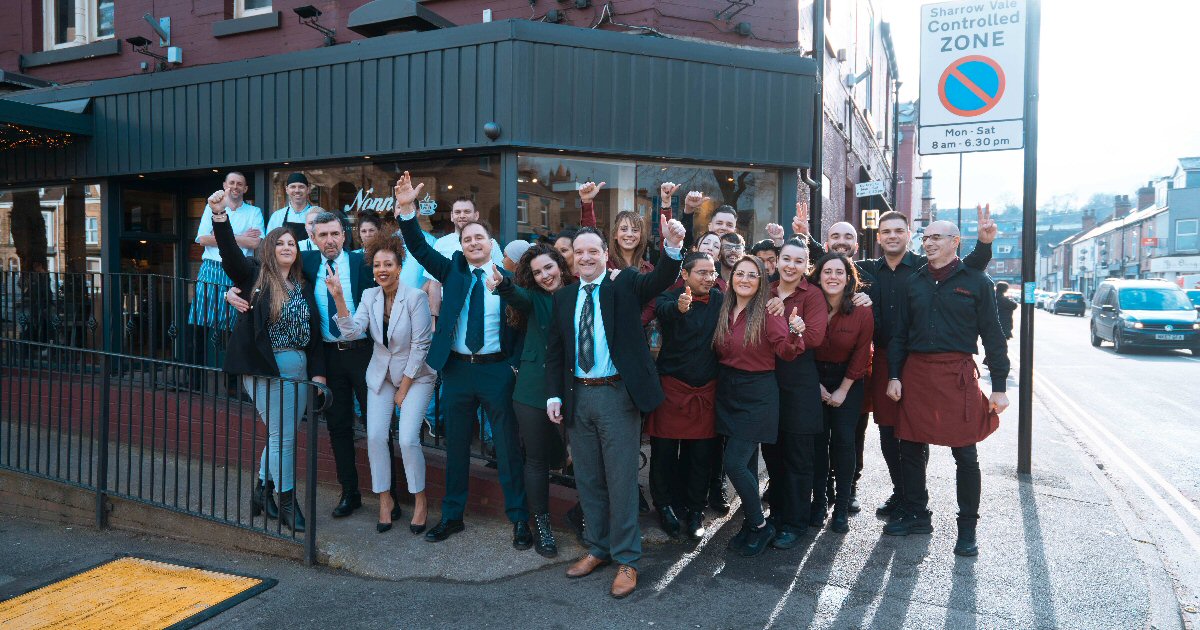 Nonnas - which was first unveiled in 1996 - became an institution within months of its opening.

The Italian restaurant grew from humble beginnings to become a multiple award winning business and, on one celebrated occasion, even a hang out for Hollywood ‘A' lister Sylvester Stallone.

Post-pandemic and the restaurant is stronger than ever and Maurizio Mori wants to say a big ‘thank you' to the customers that have shown their continued support throughout the hardships of the past two years and also over the past quarter of a century.

He said: "It has been a privilege to be able to develop such a unique business over the years. I have always strived to do something different and bring the flavour and style of our Tuscan homeland to Sheffield and give it a Nonnas twist. But I could never have done it without the amazing support of both customers and staff. A lot of people have tried to copy us over the years but there really is only one Nonnas originale here on Ecclesall Road. I still have as much passion now as I ever did so there's definitely another 25 years in us yet!"

Nonnas - which also has Maurizio's childhood friend Stefano Buralli as its long-standing general manager - prides itself in a mixture of tradition, innovation and consistent quality of service.

Lockdown meant Nonnas were unable to mark their anniversary in 2021 so they took the decision to move it to 2022. Sheffield Lord Mayor Councilllor Gail Smith is set to help them celebrate in  a few days time.

In recent months Nonnas have launched a brand new shop selling authentic Italian food/drink from the different regions of Tuscany at www.nonnasstore.com. They also operate a new takeaway menu.

Nonnas also now sell the celebrated Caffe New York blend of coffee that is imported directly from the Tuscan coffee bar which originally opened in Montecatini in the 1930s.

Nonnas' wine list now includes super Tuscan wines and a range of Montecarlo wines which are supplied from the Buonamico wine estate which is situated 15km from Montecatini.