This weekend has been a total blinder, to put it in a nutshell. First up, the Men Birds went shooting so Mummy Bird and I had a ladies lunch at The Dog Inn, Pentrich;  today Daddy Bird was off gadding with another group of friends so Mummy Bird decided we were off to Hilcote Country Club for Sunday Lunch.

Our little flock has been here before, but not since the new owners took over. The first thing I noticed is the amount of work that has been done to the entrance drive (fresh Tarmac on it) and the car park (less pot holes and better surface on it).

To the right hand side of the main entrance door is an outdoor area with rattan furniture and a roof to provide shelter, and I can already imagine this will be great in summer. When you go inside you can tell that the bar area has had a good freshen up and there was a great fire roaring away that a couple of dogs were making full use of :) 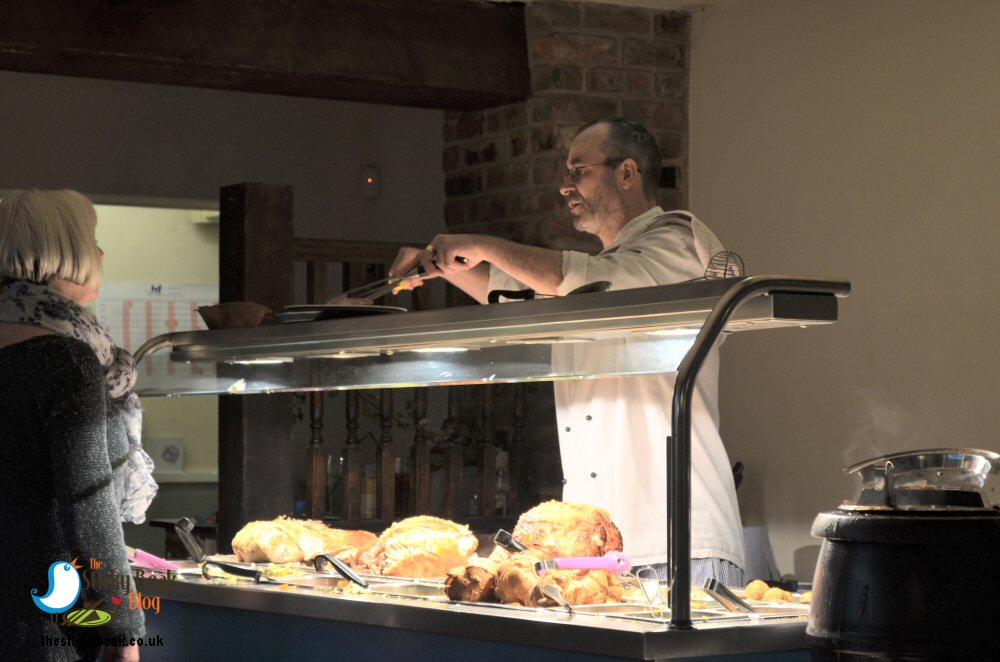 We were greeted warmly by the lovely chap behind the bar and promptly served our drinks; this is also where you pay for your Carvery tickets. Prices are £6.45 per adult (£5.45 for OAPs) and £3.95 for children. Although we were a little early for the next sitting at 2pm, there was a table ready, so Lisa showed us through.

The main dining room is stunning anyway, but with all the beams festooned with twinkling lights it looks magical. I loved the reindeer on the baby grand piano, and the huge lanterns with Santa figures in them. Anyhow, The Chick was being a typically hungry Teenager so she headed straight off up to the serving counter to get her meat and numerous vegetables.

Thick slices of Gammon and Turkey were placed on her warm plate and before long they were joined by mash, carrots, peas, broccoli and cauliflower cheese and a near enough football sized Yorkshire pudding. She ladled on a lake of gravy from the large pot and helped herself to some sauces that were on the table at the side of the counter. Mummy Bird also had Gammon and Turkey with The Boy Wonder and me both having Gammon and Beef. 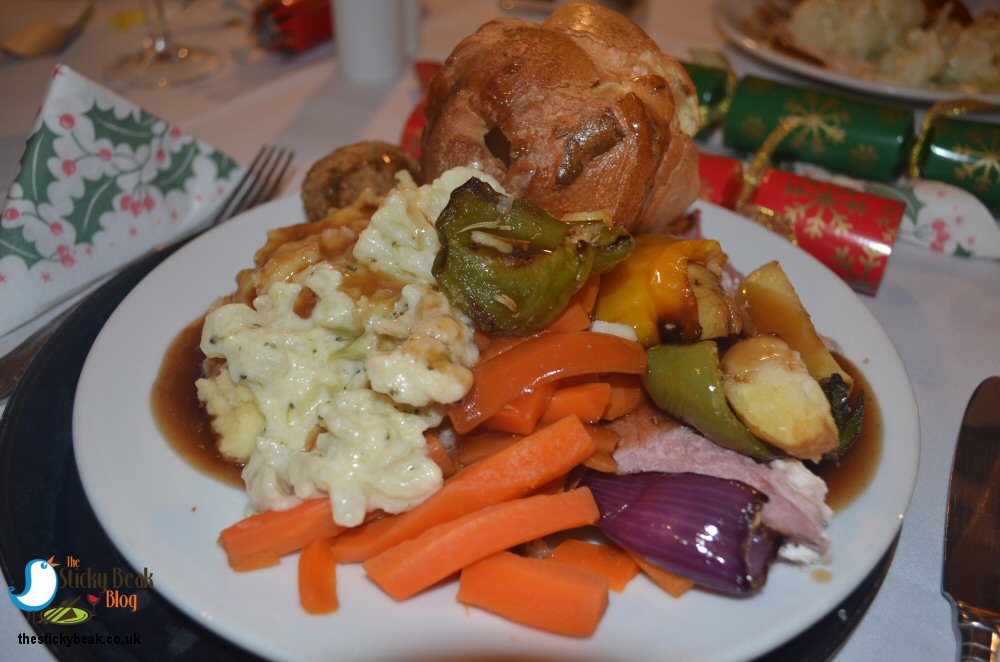 All our plates were piled high and we eagerly tucked in. I had some roasted mixed vegetables, roast Parsnips, sprouts and a stuffing ball too; The Man Bird had enough mash to feed an army and slathered it in the rich gravy in the same way his daughter had done!

All the meat was tender and lean, and the vegetables had been cooked nicely too. At the end of the meal we pulled our crackers, donned the hats and told the teasers and jokes in the crackers. A lovely young lady came and cleared our plates away and asked if we’d like pudding, which is a bit of a daft question for His Nibs and me!

It wasn’t many minutes before my choice of Yule Log and pouring cream, and The Mans Chocolate Fudge cake and cream were brought out to us. Both desserts were a good size and very chocolatey, and at only £2.50 each were amazing value for money. Both dishes were soon squeaky clean and our tummies full. 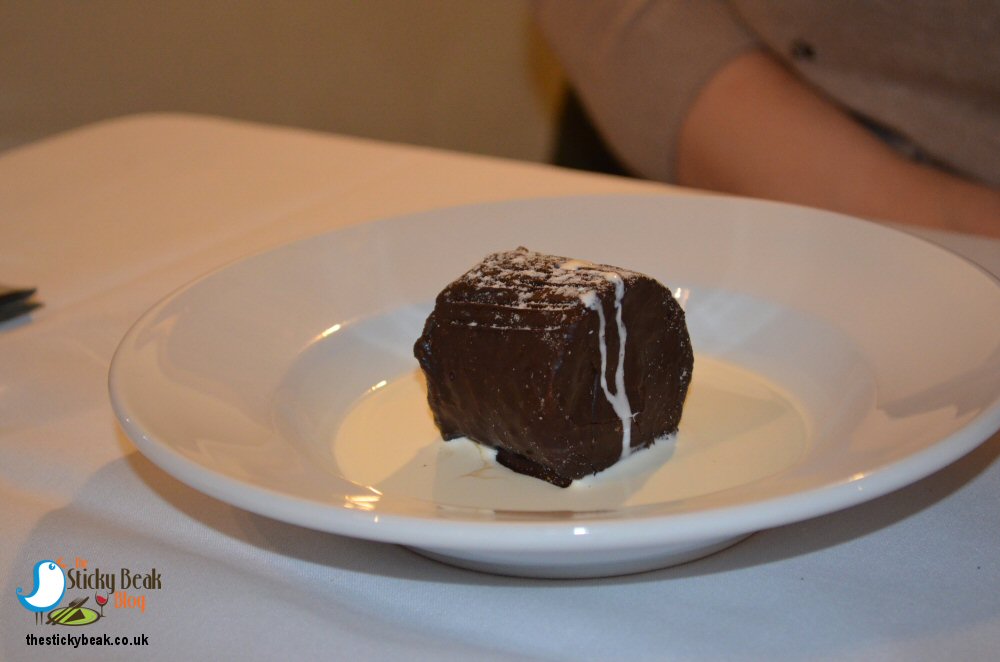 I noticed that some diners were having a three course meal and Lisa said that they are doing a special three course menu for £11.95 with Tea/Coffee, Crackers and treats from now until 7th January 2017 every day between Noon-8pm. Apparently it has been really popular so far, so booking is advisable on their usual numbers 01773 811248 or 07963 489342.

Lisa also does an afternoon tea at£7.95 per person, or two people for £14, to which you can add a glass of wine or Prosecco for an additional £3.30 each. They also do a lovely lunchtime menu selection which includes sandwiches, Panini’s, and omelettes as well as jacket potatoes, pies, and other hot pub classics such as Lasagne and Scampi and Chips.

Opening times are Monday-Friday Noon-3pm and 5-8pm, Saturday from Noon-8pm and Sunday Noon-2.30pm for the Carvery. The Tribal Elders popped in a couple of weeks ago on their way back from a jaunt into Mansfield and had a couple of Panini’s for lunch and said they were very nice.